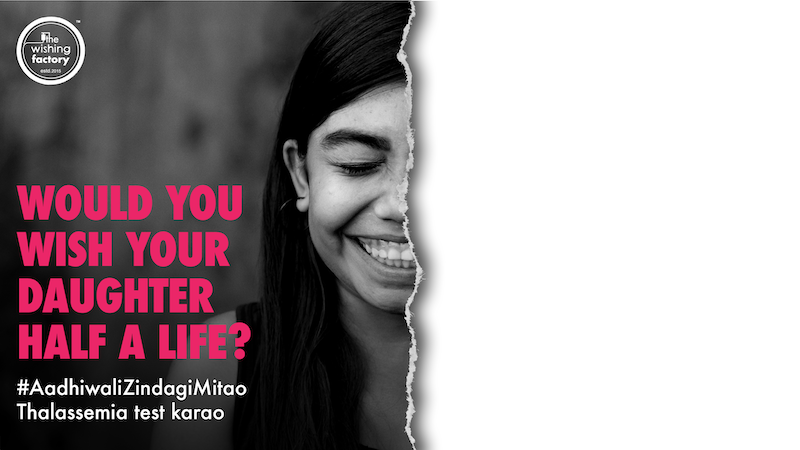 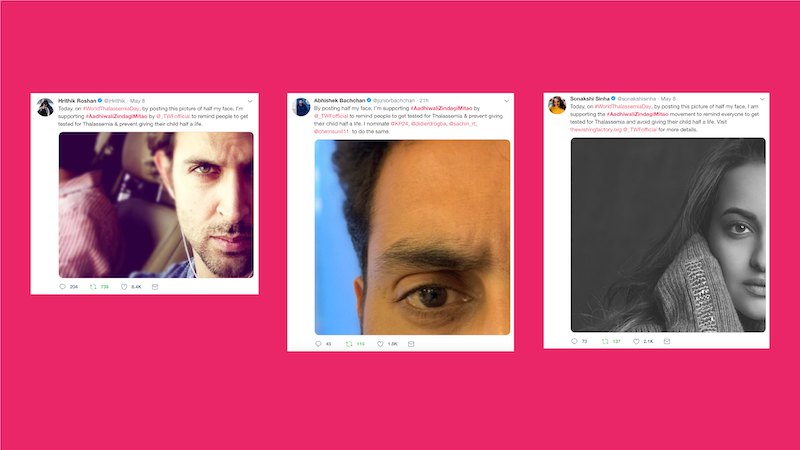 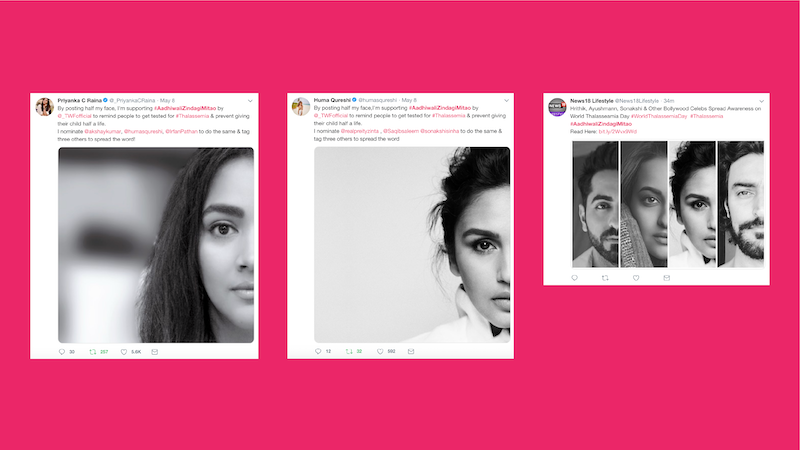 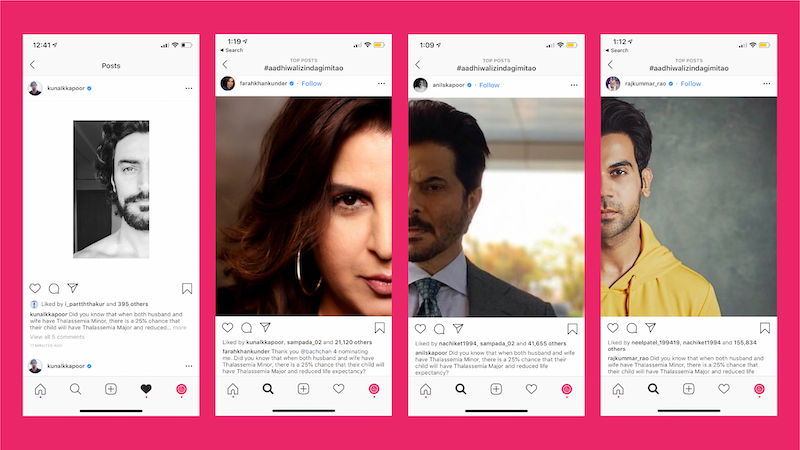 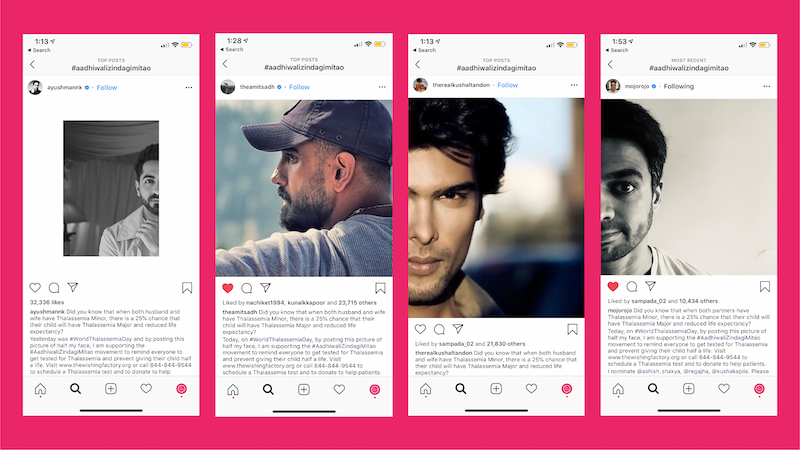 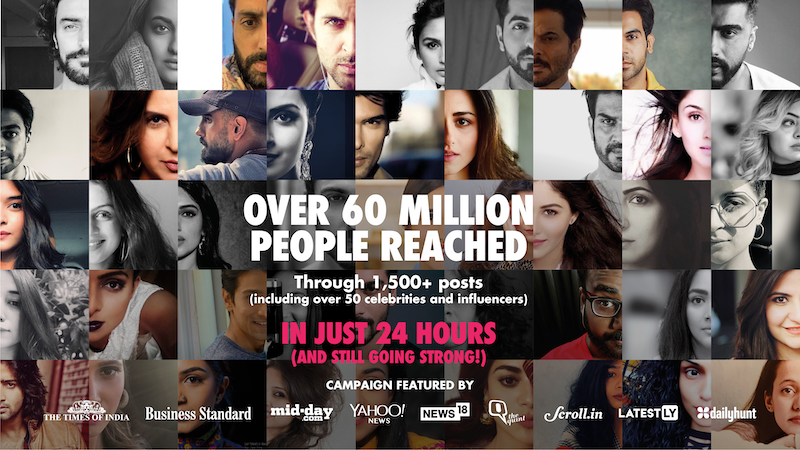 The Wishing Factory approached us through actor and social entrepreneur Kunal Kapoor in the lead up to World Thalassemia Day. Many campaigns had been done in the past but had not managed to reach scale in terms of spreading awareness and urgency towards testing.

We assessed the situation and found that nothing incisive or disruptive had been created, so it was not surprising that this disorder remained under the radar. There is a lot that people need to know about this disorder but we had to draw them in through something visceral first and then have the rest of the conversation. So the fact that young thalassemia patients die early, living barely half their lives, was the painful reality around which we built the #AadhiwaliZindagiMitao campaign.

We launched the #AadhiwaliZindagiMitao campaign with a challenge where a person had to upload a picture cropped to show half of his face and tag three of his friends to do the same. The simple visual of half a face was easy to connect with #AadhiwaliZindagiMitao yet different enough to break clutter. What started off with Kunal posting on Instagram soon saw a massive response with over 50 celebrities and influencers jumping in. Some of the key influencers were Sonakshi Sinha, Huma Quereshi, Hrithik Roshan, Anil Kapoor, Abhishek Bachchan, Ayushman Khurana, Rajkumar Rao, Arjun Kapoor and many more.

The campaign was covered by a number of mainstream media channels and blogs.

We also created a series of films with Kunal Kapoor and Partth Thakur (the founder of The Wishing Factory and a Thalassemia Major patient himself). These videos are available on YouTube and on the campaign microsite to help spread awareness.